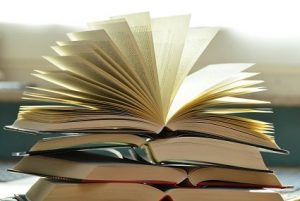 “What DID you USED to do?! – This can’t have been written by a person who’s competent in English!” I hear you gasp, mentally reviewing everything you’ve ever learned about English grammar.

Grammar book after grammar book recites the rule of ‘do’ as an auxiliary verb, which ironically is one of the more straightforward grammar rules. Nevertheless, it still manages to divide opinion.
The rule rightly states that if ‘do’ is used in any of its forms, the other verbs in the sentence need to be in the infinitive, e.g. ‘Did you have to work late last night?’ is grammatically correct, and ‘Did you had to work late last night?’ would be incorrect.

Our example above, however, presents more of a grey area – it causes confusion and debate, even among native English speakers.

We conferred about the two options when the Matterhorn team proofread my book, ‘Impress in English: Presentation Skills for Non-Native Speakers’. One section in it features a list of the various English-language tenses, giving an example sentence and question for each tense, e.g. ‘What are you doing?’, ‘What have you been doing?’ and so on, until eventually reaching the past tense with ‘used to’.

After a lengthy discussion, we all agreed that – although it sounded unnatural – ‘What did you used to do?’ was the better choice as ‘What did you use to do?’ contains an element of ambiguity, particularly if the verb ‘to do’ were to be replaced with a verb such as ‘to cook’:

I understand question A to be enquiring about the utensils and/or ingredients I used for cooking, whereas B is asking what food I made in the past.

The Cambridge Dictionary considers both forms ‘Did you use to…?’ and ‘Did you used to…?’ to be correct, although it recommends avoiding the latter in exams. To that end, I’d be curious to find out how an examiner were to argue their case if they marked question B as incorrect…

I suppose, while ‘What did you used to do?’ is a perfectly acceptable sentence in terms of grammar, given the choice I’d recommend avoiding the issue altogether and rephrasing the question to something along the lines of ‘What did you do back then?’ or ‘What did you do when…?’ so it sounds natural and doesn’t garner debate.